This article was originally posted by the Lexington Herald-Leader

Surveyors are still assessing the damage and wind speeds that killed dozens in western Kentucky and will be doing so for “several days,” according to Jasmine Blackwell with NOAA.

But experts posted their first bit of information about the deadly long-track twister Tuesday afternoon. According to NWS Paducah, the tornado first entered Kentucky at 8:56 p.m. Friday in Fulton County and lifted off the ground in Muhlenberg County at 11:10 p.m.

Surveyors believe the twister traveled 128 miles in Kentucky, which means it moved along at speeds of roughly 60 miles per hour.

On its path, the tornado roared through Fulton, Hickman, Graves, Marshall, Lyon, Caldwell, Hopkins, and Muhlenberg Counties. Mayfield, Dawson Springs, and Bremen were some of the hardest-hit areas.

Gov. Andy Beshear previously reported the tornado traveled 227 miles across multiple states, which if proven to be true by NWS, would break a 96-year-old record for the longest continuous distance traveled by a tornado.

Surveyors also believe the wind speeds for the tornado ranged from 158-206 miles per hour, which would put it anywhere between an EF3 and an EF5 on the Enhanced Fujita scale.

The tornado preliminarily had a maximum width of three-fourths of a mile, per NWS.

Another long-track tornado struck Bowling Green and other parts of western, central Kentucky.

While the length of the tornado has not been determined yet, it made appearances in Logan, Warren, Edmonson, Hart, Green, Taylor and Marion Counties.

Preliminary assessments by NWS show the tornado peaked at EF3 wind speeds, which ranges from 136-165 miles per hour. Surveyors have completed their work in Logan, Taylor and Marion Counties with work still left to be done in Warren, Hart and Green Counties.

The tornado in Taylor County mostly impacted the Saloma area and left one dead.

There was also a second tornado that touched down in Bowling Green, per NWS, that shows at least EF2 wind speeds.

Learn how to protect your home and business from disasters like this at the Natural Disaster Expo in Miami on February 7th & 8th, 2022 at the Miami Convention Center! 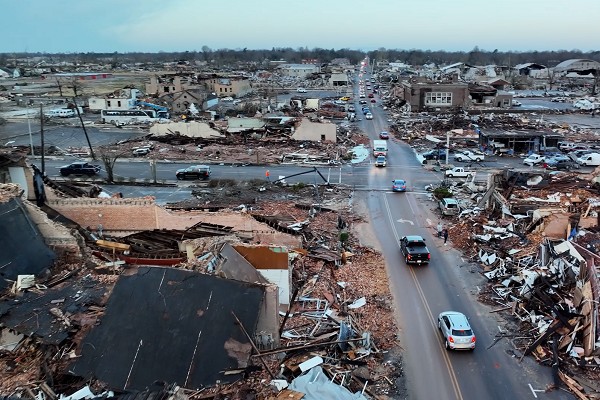 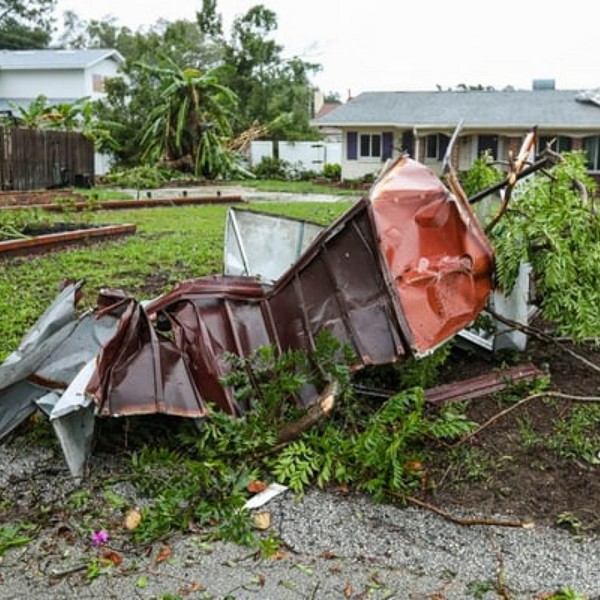 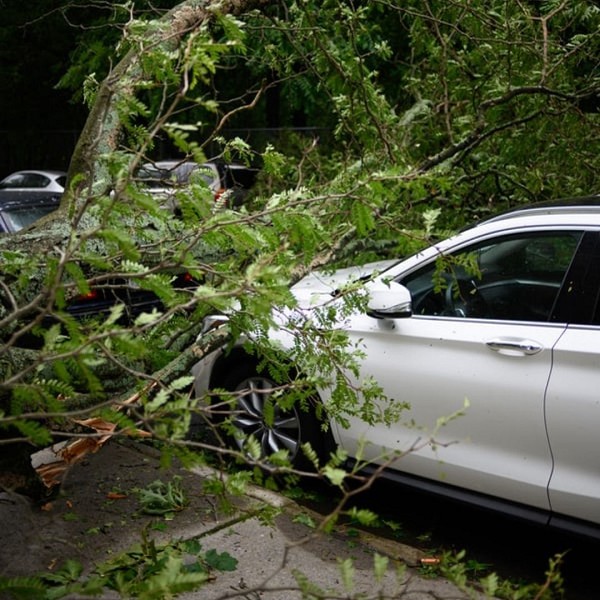